Conventional lubricants are refined from crude oil. Contaminating elements such as sulfur, nitrogen, oxygen and metal components such as nickel or vanadium are inherent to crude oil and cannot be completely removed through the refining process. The oil refining process separates the various types of molecules in the oil by weight, leaving molecules similar in weight but dissimilar in structure.

Synthetic lubricants, on the other hand, are chemically engineered to form pure lubricants. Synthetic lubricants contain no contaminants or molecules that don’t serve a designed purpose. They are made from molecules that are saturated with a higher percentage of carbon-hydrogen bonds, leaving fewer sites to which other, harmful molecules can attach and attack the molecular composition of the oil. In addition, their smooth, uniform lubricating molecules slip easily across one another. In short, synthetics’ versatility and pure, uniform molecular structure impart properties that provide superior friction-reduction, optimum fuel efficiency, maximum film strength and extreme-temperature performance conventional lubricants just can’t touch.

The introduction of the world’s first synthetic motor oil to meet American Petroleum Institute service requirements in 1972 set all-new standards for motor oil quality. AMSOIL synthetic motor oil outperformed conventional petroleum motor oils on all counts. It was clear from the start that this innovative product would play a major role in engine performance and engine life.

AMSOIL has remained steadfast in its commitment to quality and precision lubricant engineering, leading the charge over the past four decades with many industry firsts. This quality-first commitment has driven the introduction of numerous synthetic lubricants, premium filtration technologies and fuel additives that provide tangible, real-world value.

Today, virtually every other motor oil manufacturer has recognized the superiority of synthetic lubricants and has followed the AMSOIL lead with introductions of synthetic motor oils of their own. They spend millions of dollars advertising their “new” and “revolutionary” products. No one, however, can match AMSOIL experience. Accept no substitutes – AMSOIL is “The First in Synthetics.”

Automakers are moving up to synthetics.

Modern engine technology is placing more burden on motor oils. Vehicle manufacturers are under tremendous pressure to provide fuel-efficient vehicles that produce fewer emissions than their predecessors. They employ a variety of techniques to improve efficiency and reduce emissions, and nearly all of them negatively impact motor oil. Engines are smaller, yet produce more power. They often rely on turbos or unique fuel injection systems that can increase the amount of contaminants introduced into the oil. Synthetic lubricants contend with these additional stresses better than conventional lubricants. AMSOIL synthetic lubricants deliver the robust film strength, extreme-temperature protection and maximum fuel efficiency automakers are looking for.

Consider the savings on the environment if, for example, the 243 million cars (excluding trucks, buses and taxis) in the United States were equipped with AMSOIL Signature Series Synthetic Motor Oil. If each vehicle has an oil capacity of five quarts, accumulates 15,000 miles annually and has the oil drained every 5,000 miles, practicing extended drain intervals with AMSOIL Signature Series would reduce the amount of oil used in the U.S. annually by over 2.4 billion quarts.

In addition, each year millions of gallons of motor oil are burned and exit through the tailpipes of cars and trucks, creating emissions pollution. Petroleum oils volatilize (burn off) more readily than AMSOIL synthetic oils and create more emissions pollution. The thicker oil left behind after volatilization contributes to damaging deposits, sticky piston rings and oil blow-by, all of which cause reduced engine life, reduced fuel economy and increased air pollution. 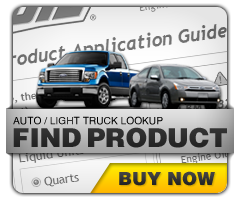